2012 has started with a bang. Had no idea I'd be introduced to the urban ballet known as "JOOKING" in 2012. Its been an exciting week in New York City, soaking up the southern sounds, booming bass, and mystical rhythms as we embark upon a journey to the Hurt. Hurt Village is a play written by Katori Hall but it is a play that takes a small yet poignant slice of Memphis, African-American life and brings it to life with all the joys, sorrow, and music it can. We are getting an introductory dance course in jookin' via Master Jook-King Daniel Price.

Each day after studying lines and doing blocking we put on our sneakers to get our dancing toes wiggling. Before you ask, nooo, our show, Hurt Village is not a musical, its a play a very urban, real play with a lil' southern hip-hop thrown into the mix --BUT. .. what is life in Memphis, Tennessee without music. Elvis Presley, Otis Redding, Isaac Hayes, Justin Timberlake, and B.B. King had their start on the Memphis music scene.

http://en.wikipedia.org/wiki/Memphis,_Tennessee A little known fact the capital of ancient Egypt was known as Memphis as well, and how befitting considering the moves and isolation that include ankle throws and g-walking can resemble at times the hieroglyphics that are famously found on the walls of ancient Egyptian canvases. I enjoyed working with Daniel. His laid back, yet intense spirit was a welcome southern vibe in a room full of angsty New Yorkers, he reminding me of some of my peoples from Atlanta. I look forward to following his career and seeing where life takes Daniel next!
If you click the photo on the upper right you'll see a video of  Daniel in action ( parental advisory on the lyrics but the moves are hot!)
copy & past eht link below if you can't see it:
http://www.youtube.com/watch?v=kyoY5wRH0Jk
Posted by Saycon at 8:30 AM

Thanks for visiting! I love writing so please enjoy stopping by from time to time to visit SayconTalks. I'm looking forward to bringing you more entertaining news and content about events, things, and people that are important to me!
Peace and Love,
Saycon
PS- I've got some pretty exciting news & appearances coming up, Hope to see you there! 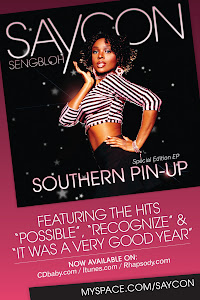 Featuring Sinatra Song: It Was a Very Good Year 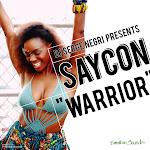